Unroofed Records is an independent record label and live arts production company based in Scotland. We are an artist-led company focussed on fostering creativity, open-minded learning and collaboration.

Unroofed was established in 2013 by Charlotte Hathaway and Mike Vass. With diverse backgrounds in creative writing and musical composition, a joint commission and opportunity for our own creative collaboration sparked a shared vision for Unroofed Records. Although hugely influenced by Scotland’s rich cultural heritage – Charlotte is a graduate in Gaelic and Scottish Ethnology and Mike is considered one of Scotland’s leading traditional musicians – Unroofed Records isn’t genre specific or limited in its interest. Both Charlotte and Mike are inspired by cross-artform works and musical styles from classical to electro swing. 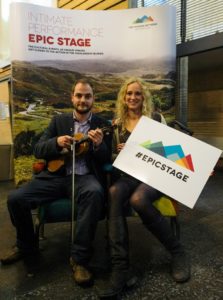 Helping make the Highlands an #EpicStage with The Touring Network

Your cart is empty
Visit The Shop